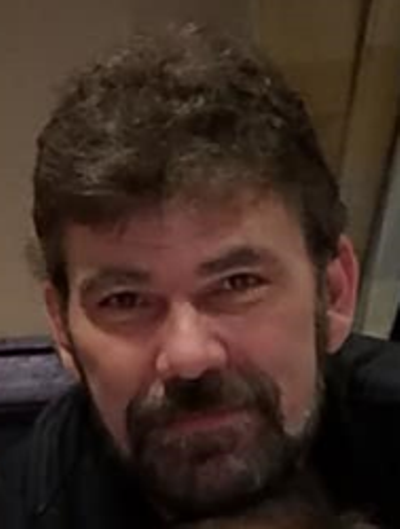 Steven G. Buranich Waller, age 53 of West Springfield, Pa., was called home by God to be with his family early Wednesday morning, February 26, 2020 where he had been residing with his loving, and living family surrounding him.

Steven was born in Erie, Pa on January 27, 1967 the son of Linda Lee (Randall) Raykowski and the late David Miscichowski.  Steven graduated from the Northwestern High School  in 1985, the year of the Tornado, and served in the U.S. Navy for four years where he learned the electrician trade and fiber optics.  Upon leaving the Navy , he went to work for Thayer and various companies in the area working in the electrician departments.  Steven enjoyed football and was an avid Raiders fan.  He also watched his boys play hockey and basketball and coached Little Gridders as his boys were growing up.  As a father, Steven always tried to be there to teach his boys everything he knew.  Just like his Grandfather, Frank taught him.

Besides his biological father, David Miscichowski, Steven had a half brother, Jeff Miscichowski who passed away and his Grandpa, Frank Randall whom he loved with all his heart.  Grandpa Frank was like a second dad to him!

Steven is survived by his wife, Aimee of Lake City; four sons:  Nathan Waller of Erie, Devon Waller of Lake City, and Matthew Buranich and Gregory Steven Morris both of Virginia.  He is survived by his Grandson, Shawn Buranich and his Dear Grandmother, Irene Randall that he loved very much.  He is also survived by a half sister, Sheila Morton of Edinboro and a Sister Sheila Buranich (Dougie) of Cranesville, Aunt Bev Cramer, Uncle Ron and Aunt Jayne Randall and many nieces and nephews:  Randy, Chrissie, Rachael, Colon, Jessica Morton, Ronney, and a Great Nephew, Marcus Morton.  He is also survived by and will be missed by Frankie and Mia (his pugs).

The family would also like to thank Kate from the VNA Hospice for all the wonderful care that she gave Steven during his Hospice time and all the help she gave to the family during such a difficult time.  She was such a blessing.

Steven would like to let everyone to know that he had “More Good Times than Regrets” and that you “Should take advantage of what you have today because it might not be here tomorrow!”

There will be no calling hours or services for Steven. The arrangements have been arranged with care and love by the Jean Evans Thompson Funeral Home, East Springfield.  Steven will be laid to rest in Springfield Cemetery with his grandfather, Frank Randall at a future date.

In lieu of flowers and gifts, Memorial donations may be made to a Go Fund Me Page that has been set up by the Jean Evans Thompson Funeral Home to help defray funeral costs for the family.  Please feel free to go to www.jeanevansthompsonfh.com to light a candle or leave a memory for the family.

To order memorial trees or send flowers to the family in memory of Steven Buranich Waller, please visit our flower store.