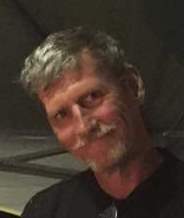 Marlyn was born on July 25, 1962 in Erie, Pa, the son of Kay A. (Wells) Best of West Springfield and the late Marlyn E. Best, Sr. Marlyn graduated from high school and went right into the U.S. Marines where he served four years serving his country and was awarded the Sea-Service Deployment Ribbon. Marlyn enjoyed working with wood and his woodworking tools. He enjoyed seeing what he could mold from a piece of wood with a cut here and a nail here and before he knew it, he had made a table for the house. He enjoyed fishing especially at Pymatuning where he found peace and solitude among the birds and other wildlife around the lake.

Besides his Dad, Marlyn was preceded in death by his sister, Frances Gibbons and his step-dad, James DuMars.

He is survived by his wife of 27 years, Rebecca (Miller) Best and a daughter, Sheyenne Miller of East Springfield, Pa, and a son, Alex Best of Canton, OH and two sisters, Cheryl Durden of South Carolina and Holly Postupack of East Springfield and a step-sister, Donna Kuffer of Lake City, Pa. He is also survived by two brothers, David (Beverly) Best and Dale (Dianna) Best both of South Carolina. He will also be missed by his grandsons, Lucas and Liam Miller.

There will be an Open House Remembrance Time for Marlyn on Saturday, November 30, 2019 from 2 to 4 p.m. at the Jean Evans Thompson Funeral Home, 11883 Main Street, East Springfield, PA. Memorial Donations may be made In Memory of Marlyn to the Family.

To order memorial trees or send flowers to the family in memory of Marlyn Best, Jr., please visit our flower store.

Open House Gathering of Family and Friends and Time of Remembrance