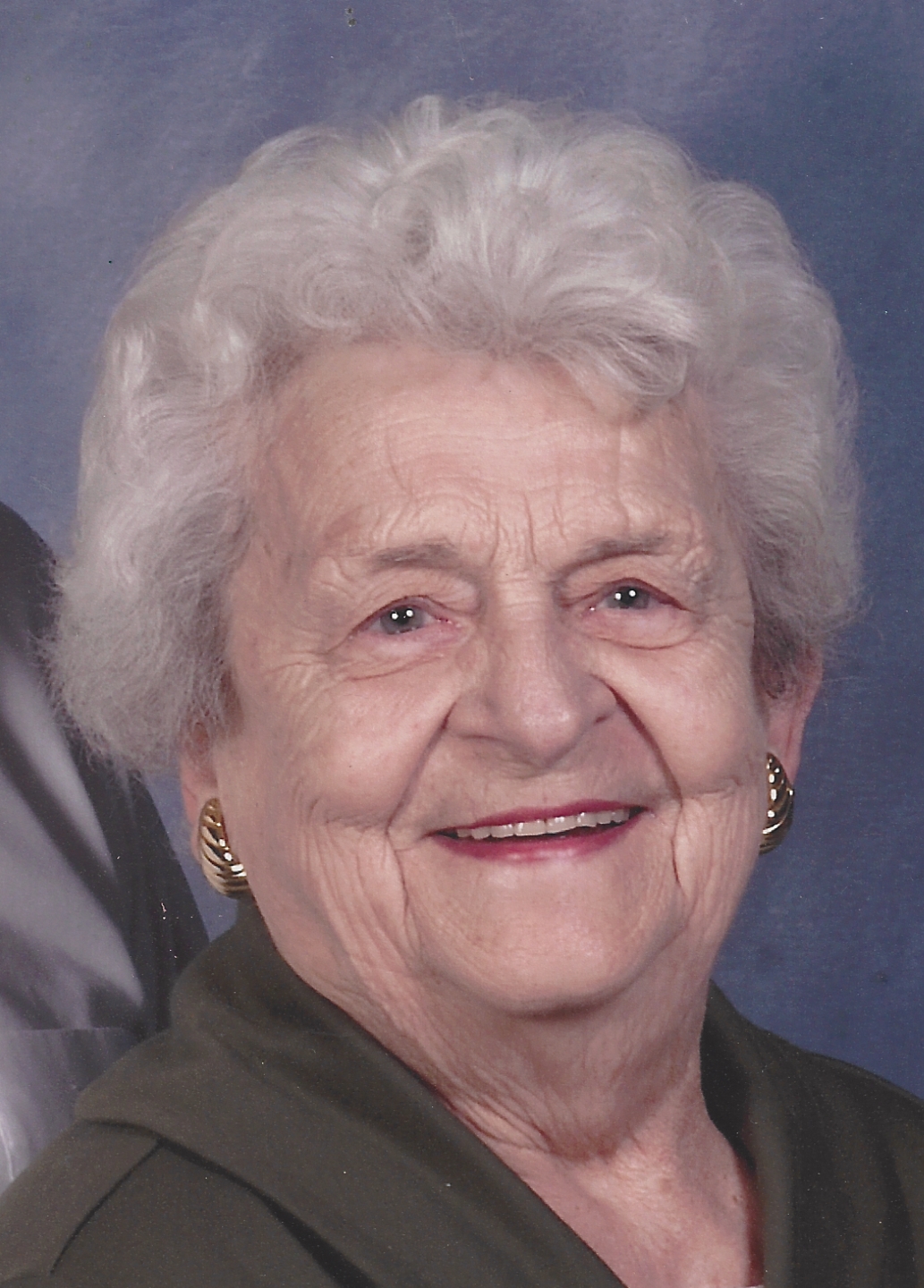 Our beloved Sister, Mother, Grandmother, Aunt, and Friend, Marge Griffey, age 94, went to Heaven on Wednesday, December 2, 2020. She was a life-long resident of Springfield Township until five years ago when she became a member of The Villa at the Lake family and most recently Jefferson Healthcare Center in Jefferson, OH. She was born in East Springfield, PA on January 31, 1926, the daughter of John and Anna (Vajda) Nachman. Marge graduated from West Springfield High School in 1944 and from Villa Maria College in 1948. Notably, she played “hoops” for Villa and was selected their May Queen. Upon graduation, she married her high school sweetheart, Gordon (known to many as “Cap”) Griffey on June 26, 1948. They were married for 72 years. Her career began with teaching commercial studies at West Springfield High School.  Marge served Springfield Township as Secretary for fifteen years and also as tax collector. She also worked alongside Cap at Griffey’s General Store for many years.

She was a devout Catholic and served the Lord in many ways. As a member of St. John the Evangelist Roman Catholic Church in Girard, PA, she served for years on the funeral luncheon committee. Marge was a founding member of the former Springfield Service Circle and also a member of the Progressive Mothers’ Circle in Conneaut, OH.  During her service on the Springfield Township School Board, she was the only female member. With four daughters, Marge naturally volunteered as a Girl Scout Troop Leader.  In service to the Springfield Fireman’s Carnival, she cashiered in the food stand and baked her signature black raspberry pies. For years, she baked and served cookies with her Service Circle friends to support the St. Jude’s Bike-a-thon each April.  Marge’s warm smile and caring heart also benefitted Pleasant Ridge residents with her volunteering in their commissary.

Teding roses in her garden brought her much joy; the fruits of her labor provided beautiful gifts for lucky recipients.  Marge actively enjoyed participating in bowling and painting ceramics. As a golf enthusiast, she golfed with Cap in a husband/wife league as well as individual leagues. Her long-standing tradition of two to three days of baking 20+ different kinds of Christmas cookies provided tasty treats for neighbors, friends, family, and store customers.

Marge was preceded in death by her parents, husband, Cap (just eleven days prior), two brothers, John and Nicholas Nachman, and a sister, Irene Bartko.

The family would like to thank all the wonderful, kind, and caring staff at The Villa at the Lake.  In addition, recognition is given to the Jefferson Healthcare Center’s caregivers.

To order memorial trees or send flowers to the family in memory of Margaret "Marge" Griffey, please visit our flower store.