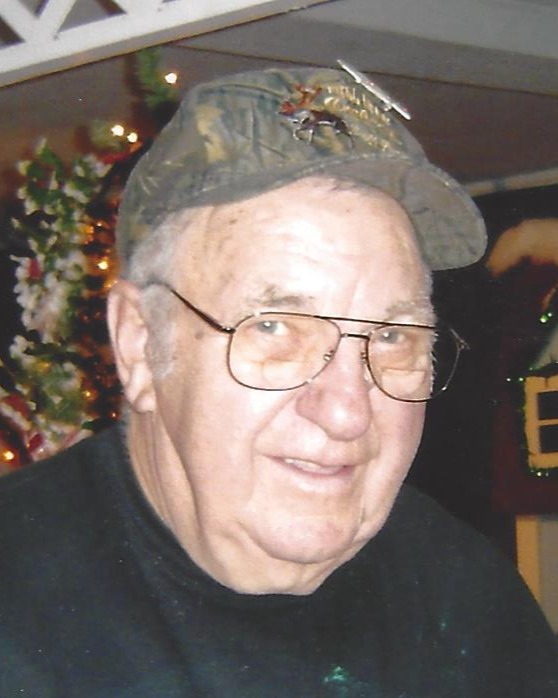 Howard A. Smock, age 95 of Albion, Pa, died peacefully at the Edinboro Manor where he had been recently residing Sunday morning, August 18, 2019.

Howard was born on October 27, 1923, the son of the late Arnold and Velma (Robertson) Smock in Albion, Pa. During his time with us here, he had worked at Tishes Restaurant in Albion and also the Albion VFW, Roger Brothers in Albion and the Albion Post office where he was the Postmaster for a few years and then became the mail carrier. He also loved baseball. His Boston Red Sox, who he followed since he was a child. He was really happy when they won the Pennate on his birthday and use to love heckling, Brad Tomlinson, his Barber and numerous others around Albion. He was also instrumental in Little League in Albion and Springfield for years. Hootie, (Howard) also served and protected our country in the Army Air Corp. during World War II. He fought in the Philippines and Guam and he also went up through the China Sea to see the Armistist signed. He was very proud of both Albion and his Country!

He is survived by two sons: Roger and his wife, Patricia Smock of Cranesville and Rodney and his wife, Laura of Albion, Pa. and one Granddaughter, three Grandsons, and one Great-Grandson and one sister, Maxine Peckham of Albion, and several nieces and nephews.

There will be no visitation or services for Hootie as were his wishes. Burial will be private. The Smock Family would like to say, "Thank you" to Edinboro Manor, the people who looked after Dad while he stayed there. "God Bless you all"!. Also to the Albion Vol. Fire Dept. for all they have done for our family and surrounding communities. Thanks to you all. The Smocks, Roger and Rod and Family.

To order memorial trees or send flowers to the family in memory of Howard "Hootie" Smock, please visit our flower store.